Sale on canvas prints! Use code ABCXYZ at checkout for a special discount!

The Rehabilitation of the Humiliated Object 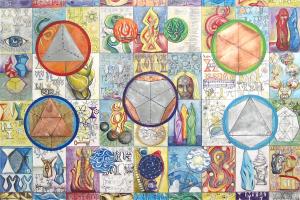 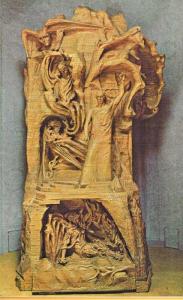 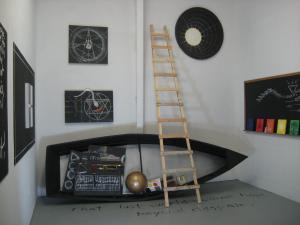 For the greater part of my artistic career traditional aesthetic concerns, both eastern and western, have influenced and informed my work. My early training was modernist and grounded in studio practices of the world craft movement, leading to art as a profession and a way of making a living. I have, however, always been interested in ideas and art as a spiritual path
The writings and works of Rudolf Steiner have influenced much of my art. My most recent work is concerned largely with the paradoxical nature of reality, specifically the experience of physical phenomenon, as it is consciously perceived. I am seeking to reconcile for myself and my audience materialist and spiritual worldviews, as well as eastern and western approaches to understanding.
In East and West there are paths of careless excess and disciplined asceticism, both intending to lead to revelation. As I have encountered these, I have used my art to mark my footsteps. It has occurred to me that ugliness serves an important purpose both in life and in art. The extinguishing of desire through excess and satiation, contemplation of the demise of all physical forms, and a nearness to death have led me to identify with the objectified world in a state of ultimate humiliation. With this in mind I have tried to understand my relationship to the objects I make and their temporal nature.
In the West the obsession with material causality leads to death. We may crack every infinite and intricate code but through dissection come to no further conclusion. But it is this very conclusion that marks us, and well may be the awakening prick of consciousness. We retain our awareness, and as awareness, all things are precious and eternal.
I live in ; small town
P O Box 898
Lumpkin, Ga 31815 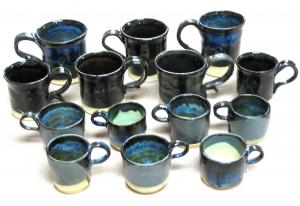 I have a blog at: http://gshawks.wordpress.com/. I have more work posted here and much of it is redundant but I do have work posted of Student works.This picture is of cups made by one of my more advanced students.